As a , we are often asked which package we recommend for a client. There is not one simple answer of course – many factors need to be taken into consideration. If a client wants a true 100% cloud based option though, they need to choose . Intacct was designed since day 1 to be cloud based, and has a very solid reputation as a premier cloud package. That reputation is so good in fact, that it can be easy to overlook the fact that is a great accounting package – one that in many instances is better than Microsoft Dynamics.

A perfect example of this is a client of ours who had successfully been using Microsoft Dynamics. They are a large non-profit membership organization that does advocacy work on behalf of state and local agencies in the industry they represent. They started to realize that Microsoft Dynamics was keeping them from satisfying the increased demand for information sharing among multiple users and, in general, causing difficulty for management to access accurate and timely reports. Multi-company and multi-currency consolidations were tedious, and upgrading was increasingly difficult, as was grant tracking. This was impacting them in several ways. Consolidating multiple entities with multiple currencies had to be done in Excel, and there was no visibility into their database for tracking of grants and funds, which was hindering their growth. It was also difficult if not impossible to drill down on reports to get the information they needed.

Intacct was able to provide them with a single system capable of providing them with dashboard reporting in a timely manner. They are now able to manage their grants and proposals more easily and are able to handle transactions in multiple currencies and multiple entities around the world. All of their employees have access to Intacct which is a big change from their current practice. This has empowered employees to become more informed and more self-sufficient.

By , a Intacct Partner serving Delaware and Pennsylvania 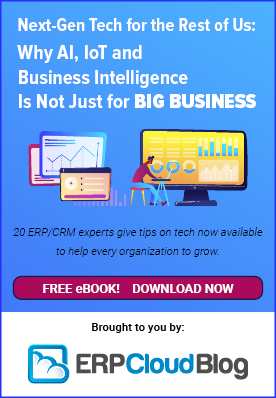